Fight as the founder of Ottoman empire hero and tell the world that hero never dies.
In this game you fight epic battles by commanding kayi tribe Turkish warriors. Its the battle of kayi tribe king vs the other kings of other tribes too. Its the battle of Truth vs evil.
This battle show how ertugrul found the truth about the need of ottoman empire.

Story Starts as the Dirilis Ertugrul saves halima sultan and become the hero of kayi tribe. Ottoman warrior ertugrul gazi is an exciting action and strategy game that transports you back into the age of the magnificent Ottoman Empire.

In this war game your opponents are Byzantines and Mongols and you are the hero of saljok kingdom but your main concept is to built the ottoman empire. Real founder of ottoman empire is Suleman shah, Ertugrul Ghazi and Usman I .

In this game you got multiples missions in which you have save the Halima sultan and kayi tribe and etc. Take your truth sword and get into the war for the rise of ottoman empires. Ertugrul have friends Turgut(Noor Gul ) , Roshan , Baamsi to fight with the enemies. FIght starts in the castle and extends to the big fight of tribe.Put your tactical mind to test against opponents across the globe in this real time global MMO.

Discusses Turkish history through Dirilis Ertugrul Ghazi, who held an important place in our game. Records, about his struggle with the Crusaders and the Mongols in our game loss to the brain are processed through Ertugrul Bey and the Ottoman Empire led to the establishment of who.

As the designated successor of the aging Ottoman sultans, you must unite the great warriors of this mighty, historic empire. Eliminate your enemies; rescue captive heroes; amass great armies; build an impenetrable fortress; bolster your economy; and take over the reigns of the ottoman empire!

Fight for the truth and defeat evil 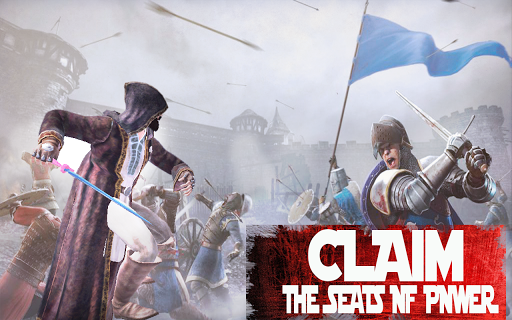