Codeword is an application to play the popular word game known as codewords in puzzle magazines (also known as Cipher crosswords or Cyptograms). This game uses US English spellings.

For those unfamiliar with Codeword puzzles, they provide a grid of words, similar to a normal crossword, but with no clues, rather a few initially provided letters, and a number in each square in the gird to indicate its (as yet unknown) letter. All boxes with the same number must use the same letter. From that information and the few initially provided letters it is possible to work out which words will fit in the boxes. Hence you are decoding (or decyphering) the numbers into letters to reveal the hidden words. Usually all 26 letters of the alphabet are used in the codeword, although not always (and unused letters appear crossed out in the keyboard). It is fun, challenging, and a real brain teaser.

Feature list:
1) Unlimited number of codewords!! They are created on-the-fly using the application’s advanced generator engine and it’s built-in word list.
2) The player decides the number of rows and columns (from 3 to 20). This allows the game to be suitable for all kinds of mobile-phones and tablets.
3) Difficultly level can be specified by the user, which determines the pool of words the generator will use. The larger the pool the greater the difficulty. There is even an early learner mode with a limited number of words, aimed at children and English language learners. The number of starting letters can also be specified. Higher scores can be obtained with more difficult codewords.
4) Selecting a square in the grid will highlight all places the same letter is used in that grid (i.e. has the same number to decipher). This is really handy and of course not possible when doing codewords in a magazine.
5) If a game is too difficult, the application provides two useful tools to help you (see below).
6) For any word in the grid for which all squares are assigned to letters, Codeword Unlimited will highlight if that word is NOT an allowed word in the word list it uses to generate its codewords. This helps you when you have mistakes in your current assignments (saving you lots of time and frustration!).
7) An on-screen keyboard means it is much easier and more comfortable to play.
8) The definition of a completed word can be viewed. This is useful if you do not know it, or you are learning a foreign language (internet connection required).
9) Choose the language of the word list, from a large range of downloadable dictionaries. 26 languages are currently available (see below).
10) Can be played in portrait or landscape mode. Just rotate your device and the display adjusts automatically.
11) Game contains achievements integrated into Google Play’s “Game Services”.

Other similar applications want you to pay for more Codewords, but this game provides you with endless puzzles, all for free!!

If the player is in difficulty, the application provides two very useful aids. (1) The game can provide another decoded letter. (2) The game can show you potential answers for an uncompleted word. The game uses the letters that you have already decoded and displays the matching words.
Word lists are available to play in the following languages: English, French, German, Italian, Spanish, Portuguese, Russian, Arabic, Bulgarian, Croatian, Czech, Danish, Finnish, Greek, Hungarian, Indonesian, Polish, Norwegian, Romanian, Serbian(Latin), Serbian(Cyrillic), Slovak, Slovene, Swedish, Turkish, Ukrainian and more coming later
1) Option to remove the adverts and become a supporter of the app
2) Much more obvious and easy way of changing the game difficulty, but “custom” mode for full flexibility is still available
3) Better use of the screen to provide a bigger keyboard
4) New look to the user interface, with better buttons and improvements to the keyboard
5) New screen backgrounds that integrate across the whole screen
6) Bugfixes 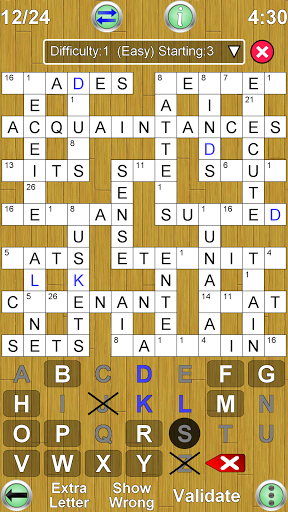 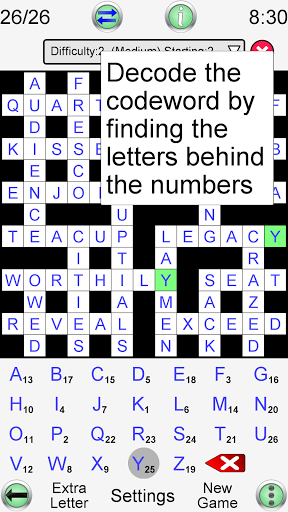 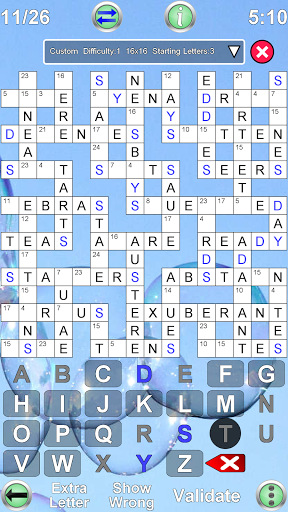 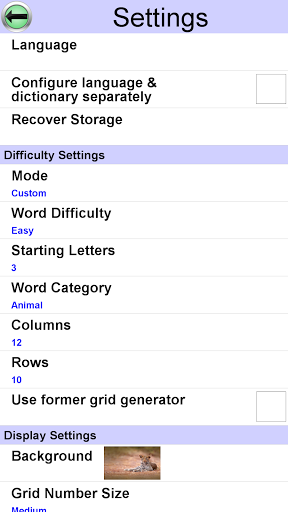 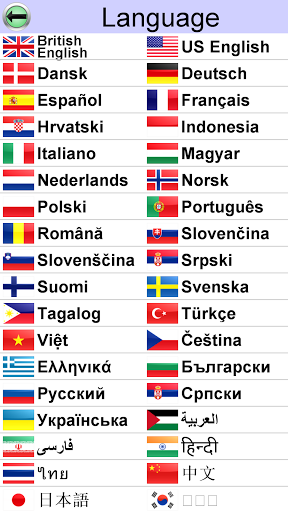 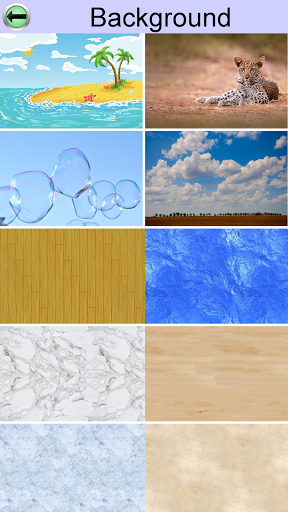 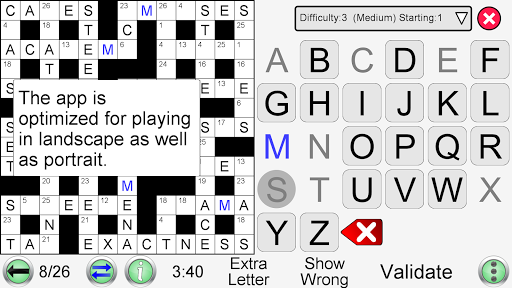 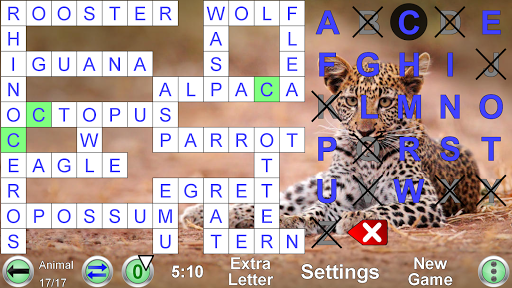 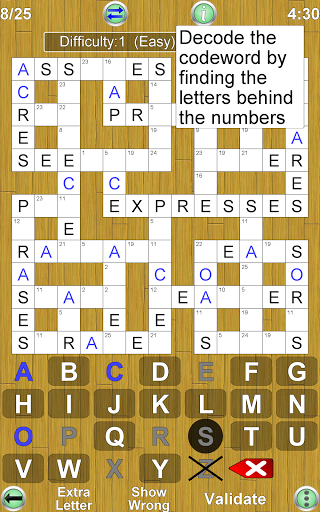 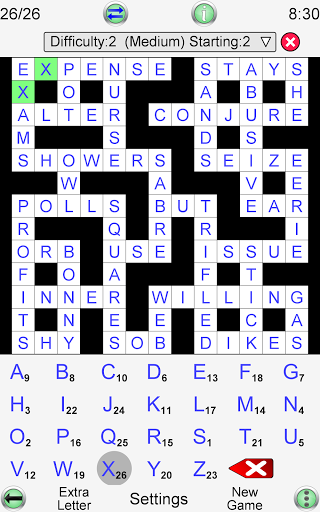 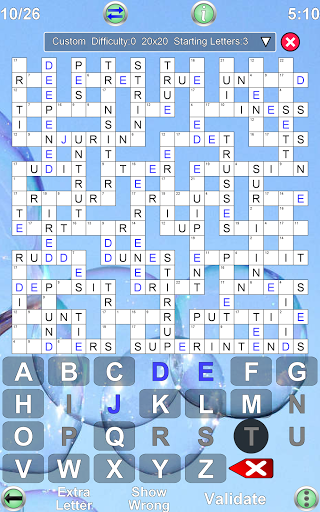 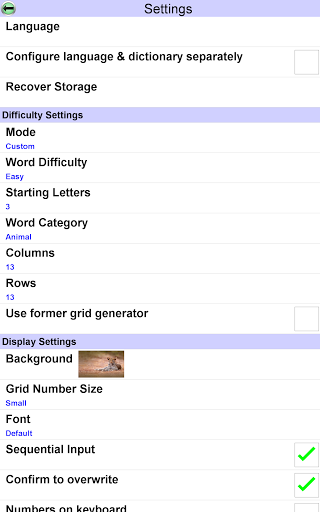 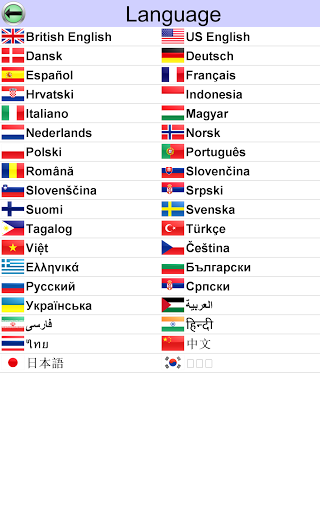 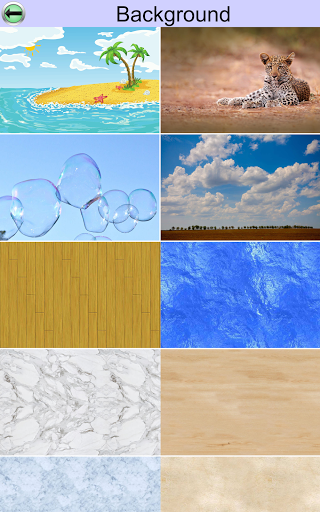 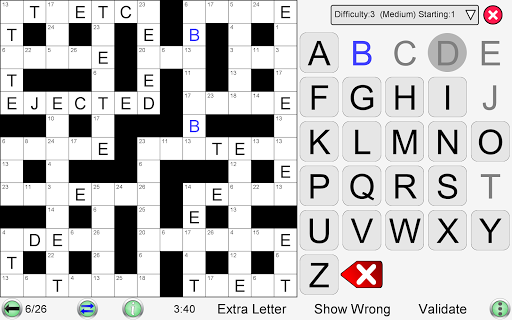 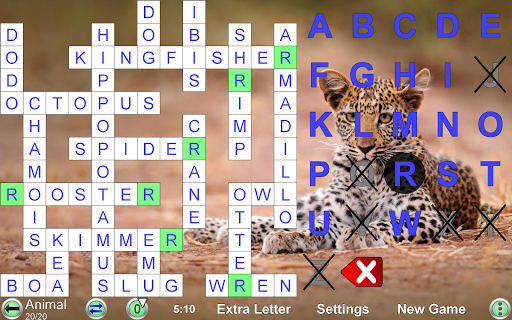 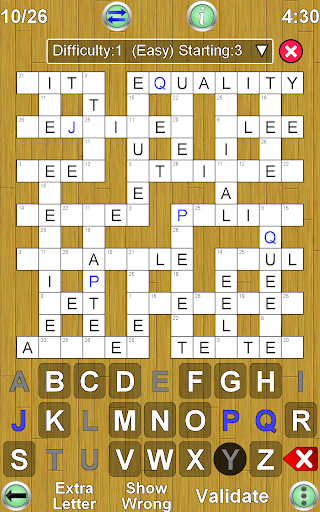 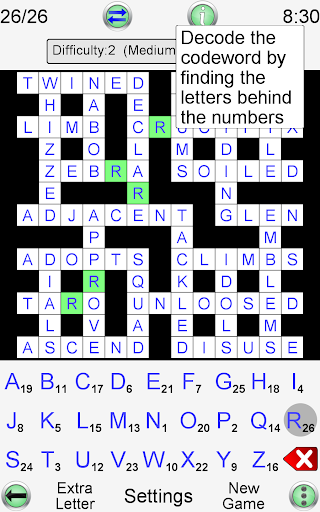 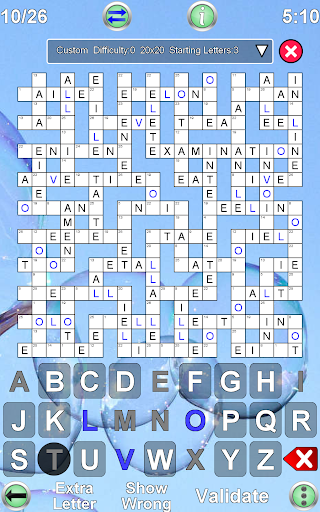 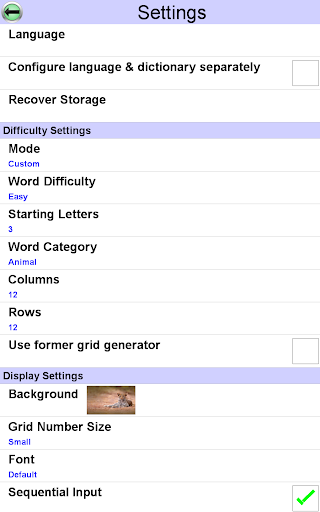 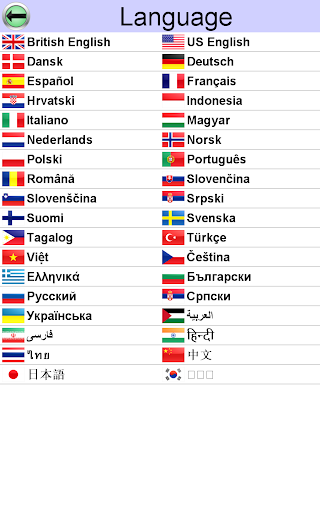 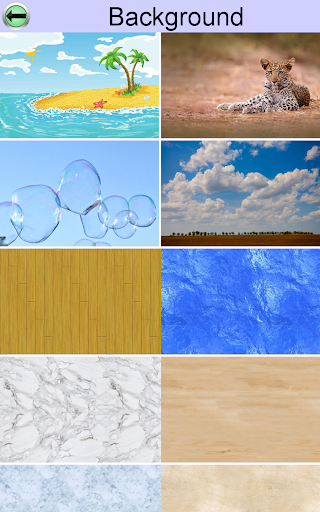 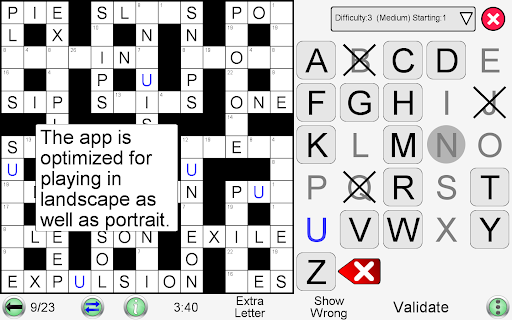 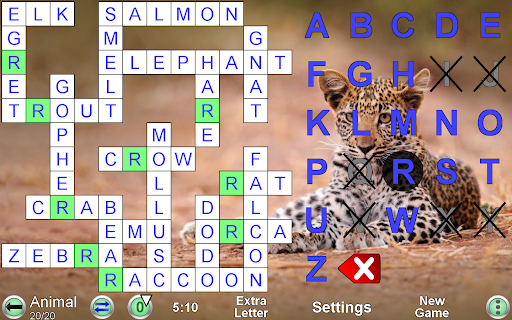