Soldier! The eye in the sky is back, wafting in the air – silent but deadly. Your enemies won’t see you coming, and before they realize, it’ll be too late.

Drone Shadow Strike 3 delivers the most intense free-to-play drone reconnaissance simulation on mobile. Drop-in, Gear up, Sniper-up and compete. Help the ground troops who are left to survive with shadow strikes.

Drone Shadow Strike is back with evolved war action and advanced military arsenal to push the excitement of first-person shooter games even further. Drone Shadow Strike 3 carries the legacy of its predecessor. It’s time to enter the battlefield, strategize your moves and test your skills to dominate the resistance and bring world peace.

Operate the world’s best UCAVs and shoot your way through a series of action-filled covert missions, using ultra-high-tech equipment and weapons including rockets, missiles, Bombs, gunships, cannons, etc. Disrupt the enemy control, provide close Air Support and raid Enemy Bases worldwide before they take you out.

DAILY MISSIONS
Get a Daily Mission and just one shot at it.
Strategize to Annihilate, Defend and Hunt in these Precision Strike missions.

MASSIVE BATTLE MAPS
– Gaze upon next-gen GFX that allow for an unprecedented rendering of environments
– Adapt to changing terrain & fog, switching between regular UAV Dash-cam and FLIR Thermal Cam
– Improved SFX and voice acting will immerse you in dire scenarios
So, step into one of the best military warfare experiences that offer an addictive mixture of strategy, fast-paced combat, and real action!

FEATURES:
– Fly different types of gunships, from prototypes to official in-service aircraft!
– Defend, Survive, Strike or Escort
– Simple and easy intuitive touch controls – Command the battle with your fingertip
– 49 missions in 8 real-world inspired campaigns
– 4 types of weapons and 21 ways to light‘em up
– 7 Additional enhancements – Dominate the battlefield with airstrikes, nukes & more!
– 20 official Ranks – Start as an army Airman Basic and rise up to command as a Master General

Soldier! Your country needs you. Dominate the resistance and show them the marksman you are. Be the Ultimate Combat Commander and make your squad proud.
May victory belong to you! Over and Out!

The game is completely free to play but some in-game items require an in-app payment. You can turn off the payment feature by disabling in-app purchases on your device.

NEW WEAPONS: Get the new ZR Hel and ZR Paveway. It’s time you slay the infected.

AWESOME DEALS AND OFFERS: Get heavy discount on Apocalypse and Apocalypse Pro packs. 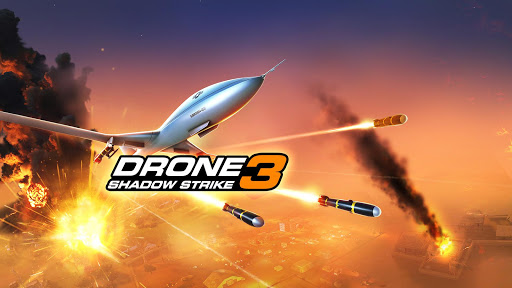 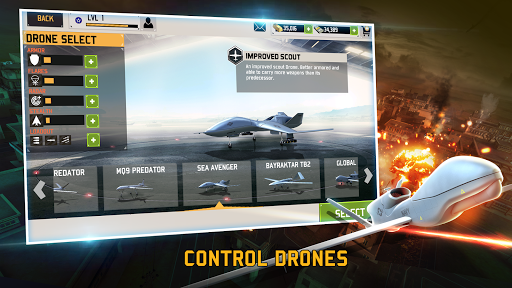 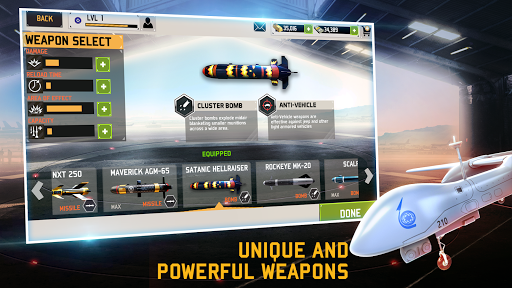 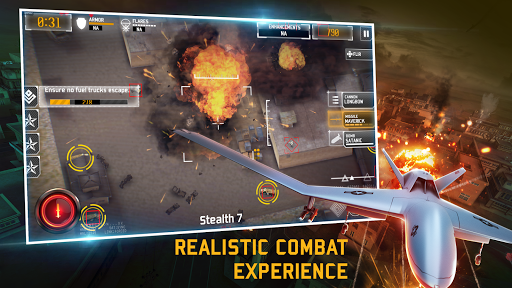 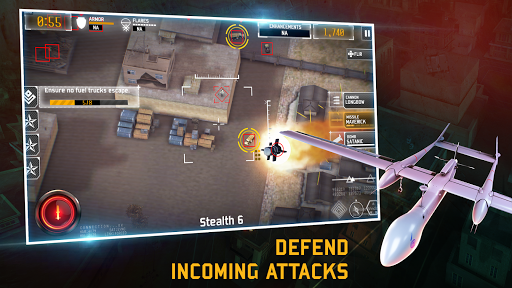 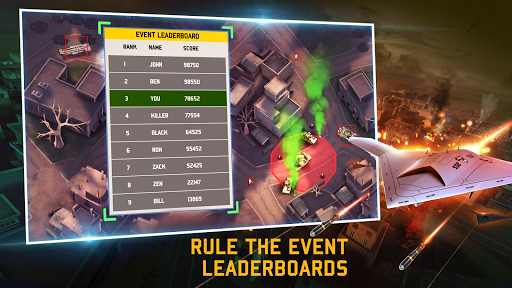 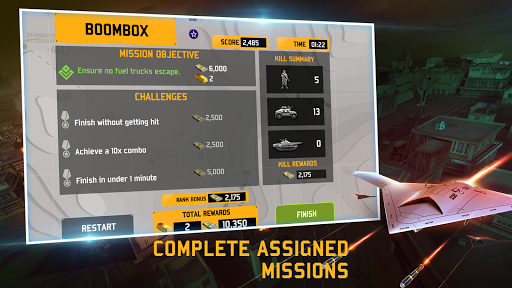 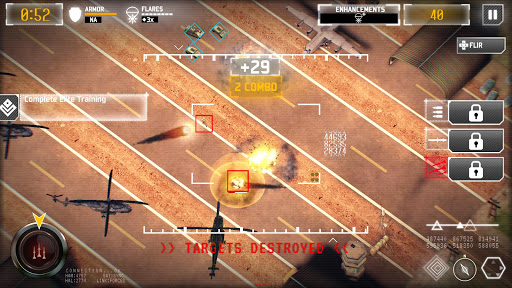 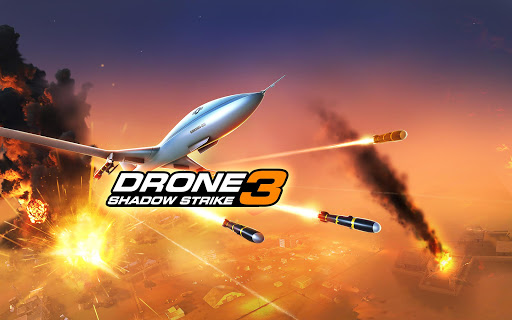 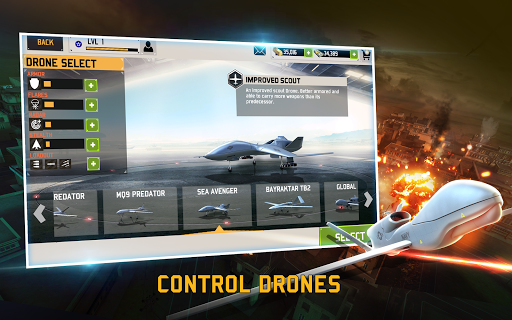 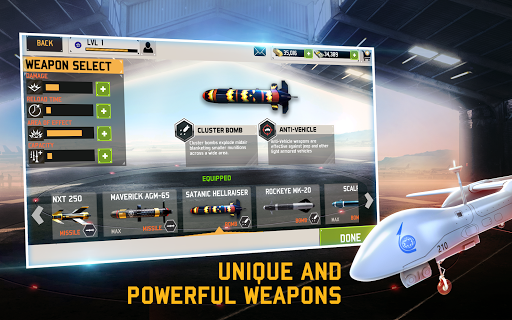 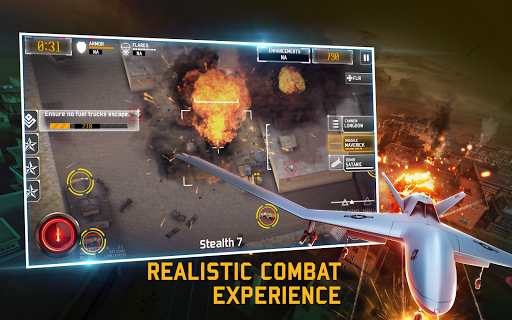 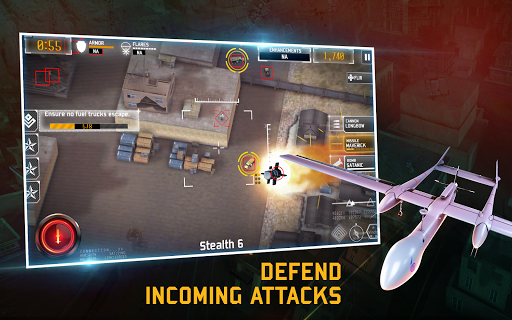 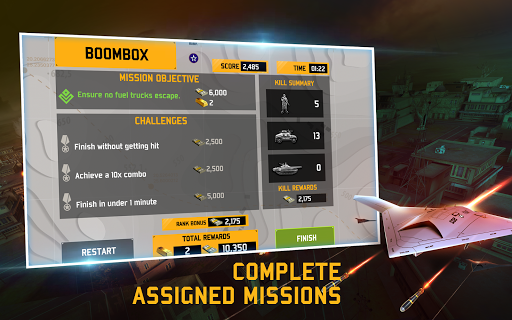 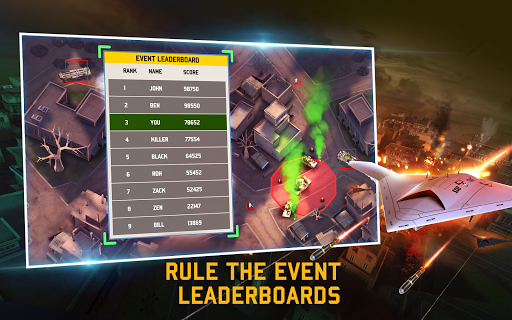 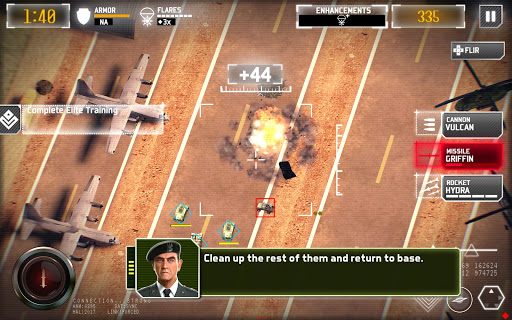 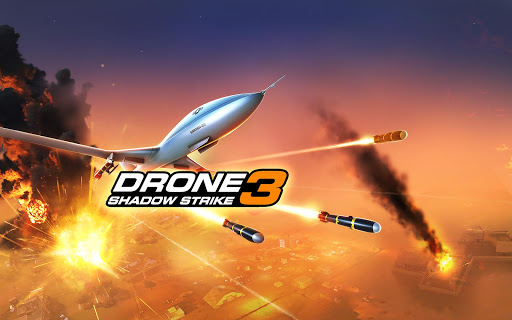 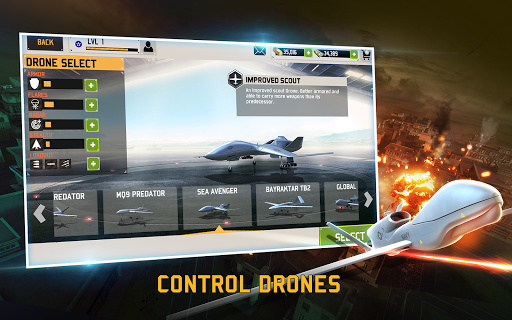 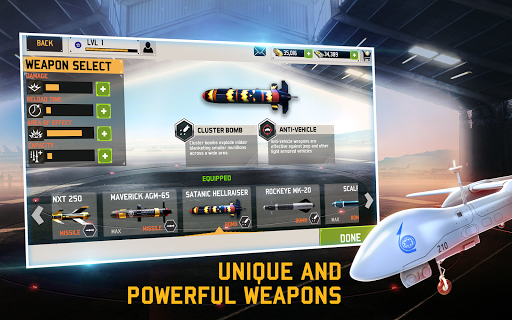 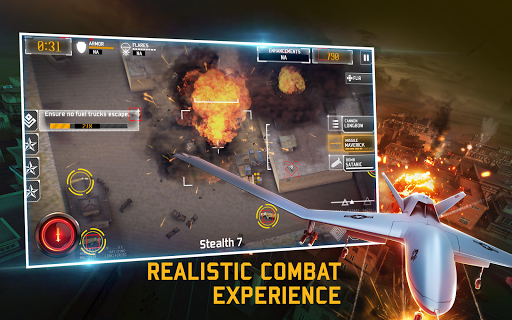 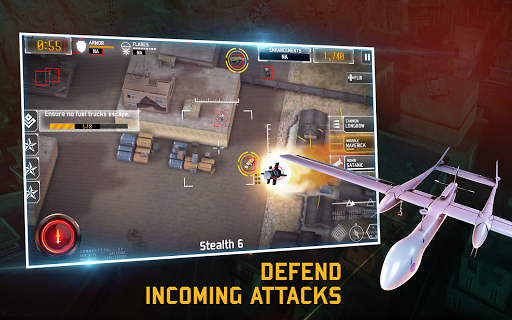 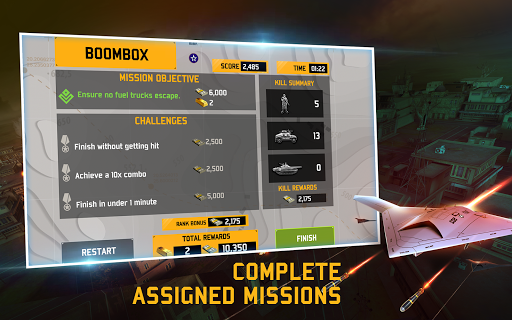 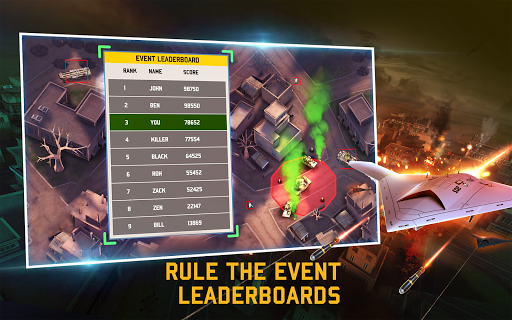 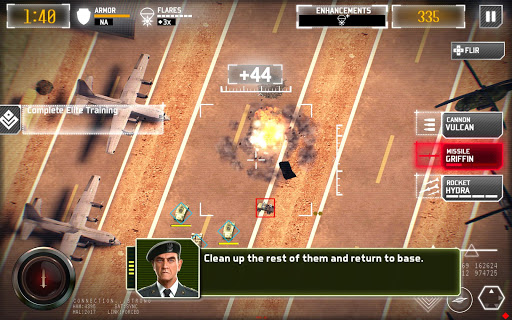