★ Top Developer (awarded 2011, 2012, 2013 and 2015) ★
Hearts Free brings this classic and popular 4-player trick-taking card game to the Android market. Created to the same high standard as the rest of our games, Hearts Free provides classy graphics, super smooth gameplay, highly scalable difficulty & much more. Hearts has never been so good!

Hearts is also known under a number of different names around the world, including Chase the Lady and Rickety Kate, and is similar to the game Black Lady. In Turkey the game is called Queen of Spades, and in India it is known as Black Queen.

– Full Hearts play, with optional Jack of Diamonds rule
– Card passing options, including alternating (Left, Right, Across, No Pass)
– 18 CPU Hearts players of varying skill (beginner to expert)
– Choose which characters to play against!
– 5 Backgrounds to choose from (or use your own photo!)
– User and CPU player stats!
– Undo & Hints
– Hearts Rules & Help
– Designed for both Tablet and Phone

This free version is supported by 3rd party ads. Ads may use internet connectivity, and therefore subsequent data charges may apply. The photos/media/files permission is required to allow the game to save game data to external storage, and is sometimes used to cache ads.
The app no longer requests Storage permission for stats backup, so therefore stats no longer automatically backup. Instead there are now import and export stats options on the stats screen. Most users were not accepting the storage permission, and this new method of importing/exporting stats can be used without that permission. 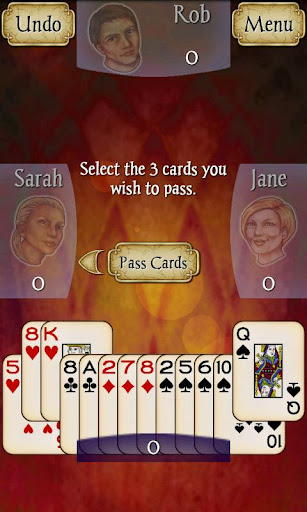 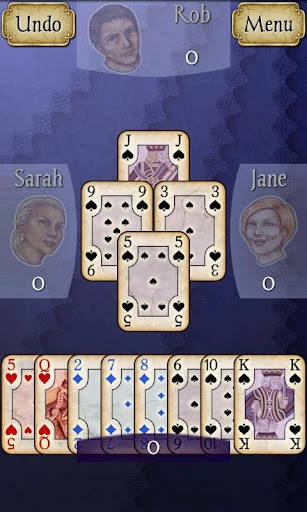 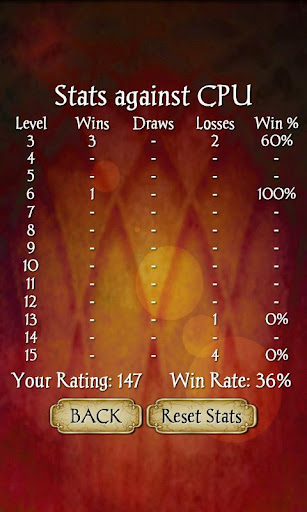 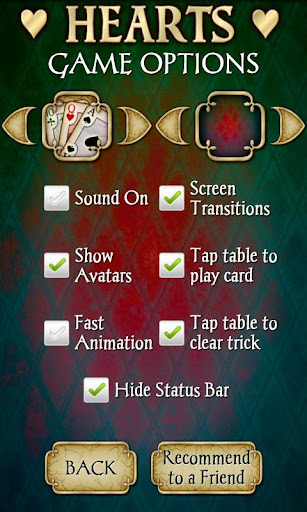 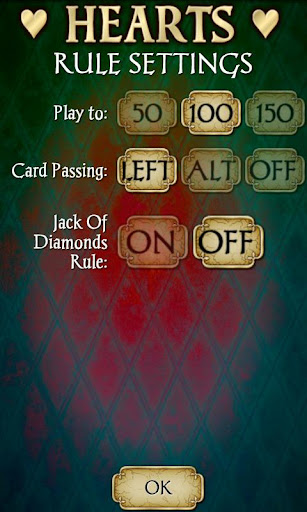 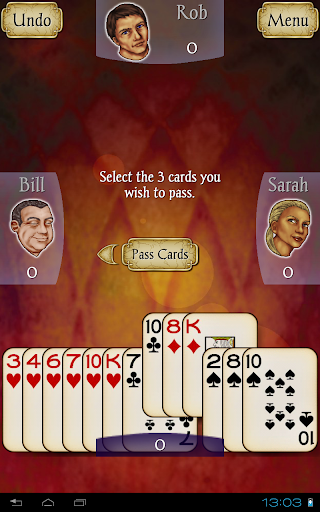 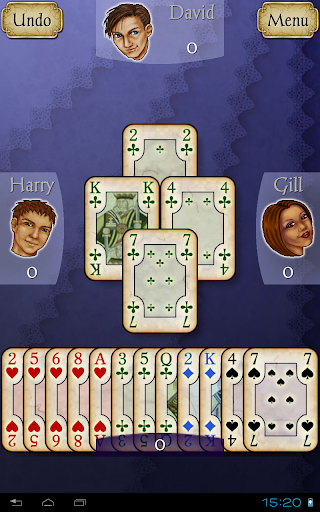 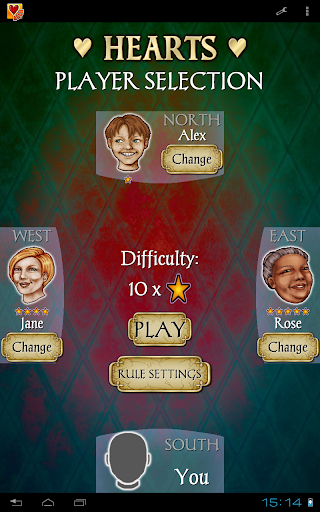 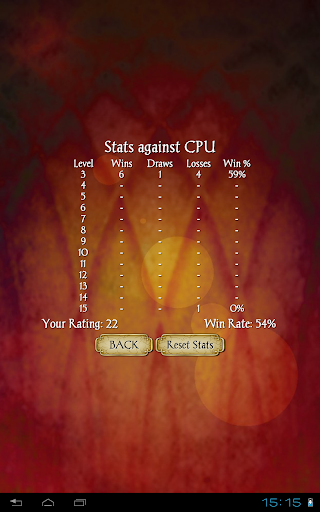 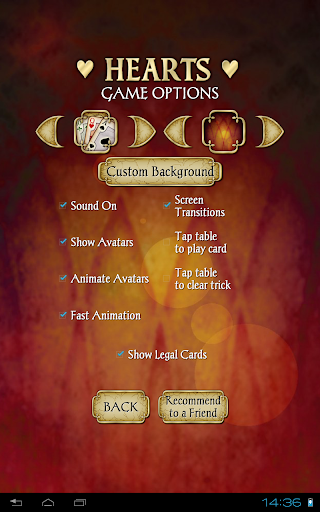 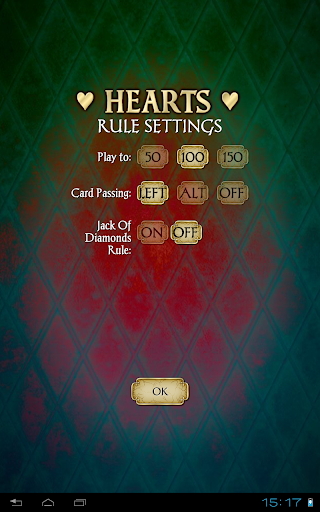 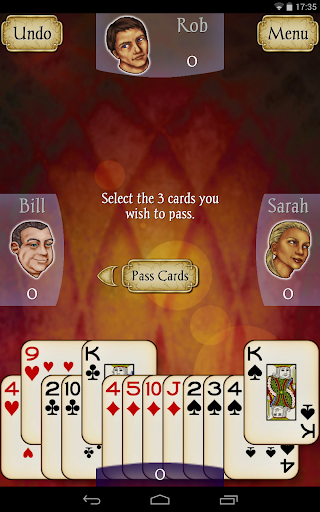 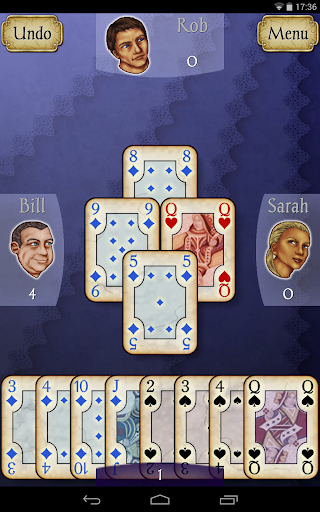 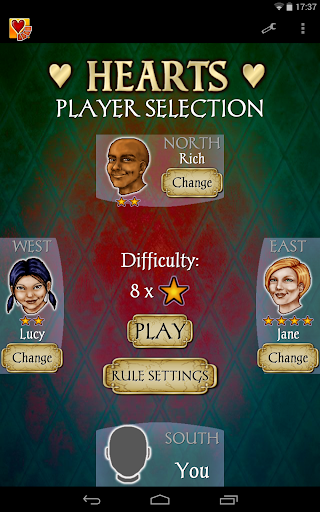 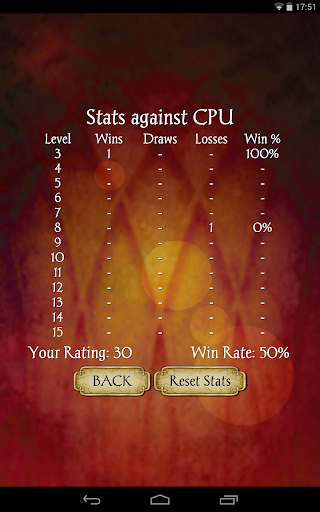 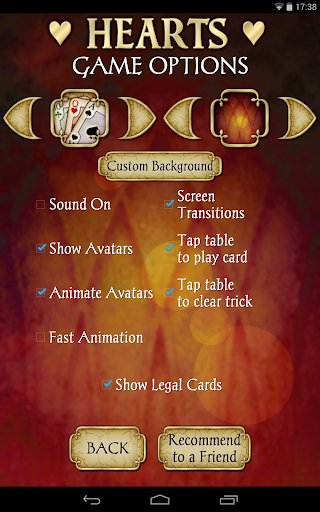 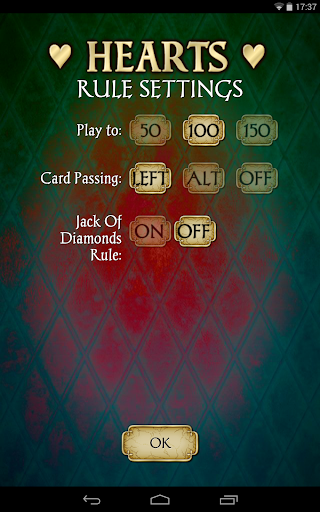